Included in the tour: 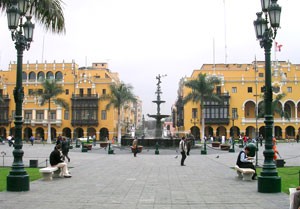 You must be in the airport of Lima at least two hours before your flight leaves to Cusco,you only have to approach to the airline counter and display your ID’s to check in ,the flight to Cusco is 1 hr and 10 minutes, In Cusco ” The Archaeological Capital of America “, Our staff will be waiting for you to drive you to the Hotel, where you will drink coca tea then you can rest for a while .around 13:30 hrs We’ll pick you up from your Hotel to start visiting the following attractives with a professional guide. this tour ends at 18:30 hrs: 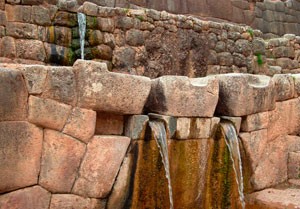 The Koricancha Palace and Convent of Santo Domingo: Religious center known as “The Temple of the Sun” where you will admire the impressive engineering used in its construction.

Sacsayhuaman: Built at 3 Km. From the city of Cusco, impressive stone fortress with an excellent architecture, Famous for its huge carved stones some of which are at 9 m/ 30 feet high,with a weigh of 350 tons. Here is where the Inty Raymi or Fiesta del Sol is held in June Every year.

Qenqo: Ceremonial and ritual center, amphitheatre where sacrifices were made.

Tambomachay: At 7 Km. From the city of Cusco, ceremonial center of cult to the water , known traditionally as the place where water rests excursion time: around 5 hours.

Frequency : everyday in the afternoons. 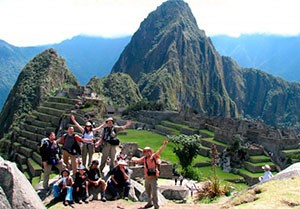 From 05:45 hrs to 06:00 hrs., we pick you up from your Hotel in Cusco (3400 mosl) and drive you to the Train Station, located in Poroy, then we get aboard the train and the trip from Cusco starts heading to Aguas Calientes (2000 mosl).Our Guide Will be waiting there , he will lead us to the bus station, to go up by a zigzag way for 30 minutes to reach the world wide marvel The Sanctuary of Machupicchu, known as the lost city of the Incas.Once we get to Machu-Picchu, We’ll pass throught the control, where we’ll hand in our entrance tickets and where our guided tour will start, visiting the main square, the Circular tower, the sacred solar watch, the royal rooms, the temple of the three windows and the cementeries, it lasts around two hours. Afterwards you’ll be given enough time to have a walk around the citadel and have your meals , at any restaurant in Aguas Calientes or if you wish at Santuary Lodge (this is not included).

In the afternoon, betwen 15:30 hrs and 17:00 hrs we’ll return on train to Cusco, we’ll be waiting for you at the train station and then we’ll take you back to your hotel.

Fourth Day: TOUR TO THE SACRED VALLEY OF THE INKAS. 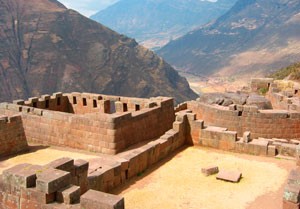 This tour starts around 09:00 hrs., we pick you up at your Hotel, we have a guided tour to the Sacred Valley of the Incas, over the Vilcanota river, with a panoramic view of Pisac an old Inca City and a visit to the Inka market in this village, where we will have the chance to know in a closer way its people customs and get good bargains with the handycrafts and souvenirs sellers, afterwards we’ll head for Urubamba, traveling on the borders of the river Vilcanota.

We’ll have lunch at a restaurant in the Sacred Valley of the Incas. In the afternoon we visit the fortress and citadel of Ollantaytambo, built to watch the entrance to this part of the valley and protect it from the jungle habitants invasions. We’ll have the chance to walk by the narrow streets and have a clear knowledge of how this militar, religious and cultural center was during the Inca empire.

On the way back to Cusco we will stop by the colorful village of Chinchero , where we will find the ruins of the Tupac Inca Yupanqui Royal House, we will appreciate its well preserve Inca wall in the man square and you will visit the beauty Colonial Temple with invaluable portraits, built over Inca Bases. Then we return to Cusco.

Farewell We’ll be at your hotel at least two hours before your flight leaves to drive you to the airport where you should check your plane ticket and pay the airport tax, we’ll see you to the departure lounge.